Hey, can I get your email address?
If you want more great content like on this blog, I recommend staying in touch.

By continuing to use this site you are consenting to our use of cookies. Or, more accurately, my use of a cookie. Whatever. It doesn't track you or anything, it just prevents this box from popping up every single time you visit this site. Capisce? Good.

I'm retiring this blog for the meantime in order to blog in a new location. Please read my first post there!
Today had been normal so far. I laughed with some friends and drank some shitty wine while browsing my Twitter feed, stuffing my face with cashews. Today had seemed so uneventful—nothing could have burst the pleasant but fading calm that had set in peacefully outside my window.
And then a man wandered up into the public square. He entered all the while proclaiming that he was leaving. No one had seen him in a year, and everyone was puzzled as to why he was returning just now. He had been expelled a year prior for, to put it lightly, being something of a sex pest, groping and humiliating a woman. And now he is standing in the very centre of the square, announcing that he is leaving it this very moment.
Everyone's eyes turn toward him, some nervous, some amused, most simply bewildered. Some even seem to have forgotten who he is. After he is assured of the whole crowd's attention, he speaks.

I began reading Sam Kriss' comeback post slightly curiously, wondering if he was finally ready to accept that he had been wrong, his previous statement was not enough, he had made amends, and was honestly asking for forgiveness. And after one more word, I realised how stupid I am and of course he doesn't mean that, of course he means the old-fashioned term for someone who rejected the life of the city.
The first substantial paragraph of his unusually unwieldy post begins: 'To say that everything is political is no longer an insurrectionary act, not now that everything really is.' I read this line over and over again, amazed. Surely he couldn't have actually deemed this fit for publication. Surely he might reflect on the possibility that everything was already political, but that he couldn't see that due to his privileged background. But he lurches on, producing a list of things that have only just recently, I am now aware, been made political. He concludes this list with 'The personal is political.'
And then, after some meditations on Marxist hermeneutics, he treats us to a dance of his own invention, one that I am obliged to call the 'two steps forward, one leap back':

Walter Benjamin wrote that fascism is the aestheticisation of politics, and communism politicises art. Well, we’ve politicised art; every glue-gun assemblage of hunched material, every glorified mirror in mixed or digital media, declares itself as an affront to Trexit and Brump. But where’s our communism?
It would be foolish to assume not only that there’s still something more profound beneath it all, but that what lies beneath is still more politics.
Today, to abandon the world of politics is the last, the only, and the truest political act.

However right the first two paragraphs of that passage are, they seem to mask something. The man standing in the public square has proclaimed the public square a monster and announced that he is exiting it, leaving its horrid oozing tentacles to grasp at the rest of us. But there is something truly off about him, something strange about the way he speaks…

Yes, we know. Complacency is a luxury. Irony is a luxury. In this moment of crisis, in this moment of opportunity, to do nothing, to fail to have a position on the political shoes or the political sandwiches, to not preen yourself into a Good Person in a cruel world, to not talk about the latest deprivation over coffee and wine and hemlock and sewage, to let each dumb moment fall through our fingers, and not try to grab at it, to not fix its dwindling in the aspic of thought while every day people are suffering, is a luxury. May all luxuries belong to the working classes.

I don't care who Q is, some saying he is an AI, some saying he's propaganda, etc... IF someone drops a name and I can go look up that person on my own, and see they are a bad person or into some shady shit, then that, to me is someone trying to get to the truth. You can't fool yourself if you do your own research.

The structure of this statement is personal and individualistic. It is framed in the first person, save for the last sentence, which is in the second person. The lack of third person language is important. It suggests not an impartial analysis of actually-happening events but rather a kind of occult initiation which happens through the personal transmission of information. The information making up the conspiracy theory is not presented as given factual information but rather takes the form of an arcane mystery. The message does not lie in the content of the conspiracy theory. The message lies in its form.
What, then, are we to do? The answer lies in the repetition of an idea that is phrased in three different ways. The first form is the phrase, phrased in first person, 'I can go look up that person on my own, and see that they are a bad person or into some shady shit'. The second, phrased in third person, is 'that […] is someone who is trying to get to the truth.' The third, which has become something of a meme to sceptics, is 'do your own research,' phrased in second person. As if it's a magical invocation, this thought is repeated thrice and in a different person each time, practically performing an alchemical transmutation.
The fact that it begins in first person and ends in third person is not coincidental, as this establishes a chain of initiation, a personal bond which is relevant to the propagation of the conspiracy structure. (This perhaps makes the conspiracy structure a good, if not perfect, example of a hyperstition: its purpose is primarily to repeat itself as much as possible.) The addition of the third person in between changes its form from the particular to the universal: not only are you and I trying to get to the truth, but anyone can try to get to the truth, and indeed, as the anonymous 'someone' suggests, it's a general law that there are people trying to get to the truth. Neither is the fact that it transitions from the third person in the middle to the second person at the end coincidental, for this immediately grounds and relates the universal back to the particular. You are joining with many others in a special journey of trying to get to the truth. Yet simultaneously this ends up being very individualist, as you must get to the truth by trusting your own intuition, your own judgement, your own research first and foremost. The neophyte is not expected to rely on the magus, but to become vis own magus.
This produces a fundamental contradiction. Although the conspiracy theory is presumed to be an objective and scientific body of information, access to it is primarily subjective and mystical. Thus the contradiction may be seen between the conspiracy theory as objective and final fact and the conspiracy theory as a subjective process of self-discovery.
Given the constant and unending nature of this self-discovery, the observed phenomenon of conspiracy theorists not being satisfied with one conspiracy theory but choosing to believe in many even when they contradict each other at the objective level begins to make sense as the necessary action of the subjective element of the conspiracy structure. In the structure, the objective element is subordinated to the subjective element. The 'search for truth' trumps the actual details of that truth, and as such the conspiracy structure draws into it all of history and all of culture as an attempt to satisfy this 'search'. The most sophisticated conspiracy theories are those which end up reinventing Gnosticism by positing the fundamental conspiracy as a metaphysical conspiracy—at this level, the nature of conspiracy liberalism as liberalism protecting itself against radical critique is fully disclosed, as the understanding of liberalism as natural law remains unchallenged and is, in fact, rendered fundamental. The conspiracy is no longer required to exist in a way that its existence can be proven by objective research, but it is shown to be a metaphysical construct which is presumed to exist before any evidence of it is presented. The only possible solution here is Buddhist-like transcendence of the world.
The conspiracy structure is endemic to liberalism; it is in fact required for liberalism to continue to reproduce itself. Although previously it was more moderated and empirical and helped to sustain republicanism, with the collapse of republican government and the triumph of technocratic liberalism, it has transmuted itself, joined with its purely reactionary twin, and become a stumbling block before those who would analyse systems and institutions for a truly radical critique.
My views have changed quite a bit over the course of writing this blog, and as such, I no longer endorse many of the positions I used to. Much of the material on this blog is material that I now disagree with.
That said, I have no plans to quit blogging any time soon, and as a matter of fact, I've been planning to write more.
Thank you for being my friends and readers! 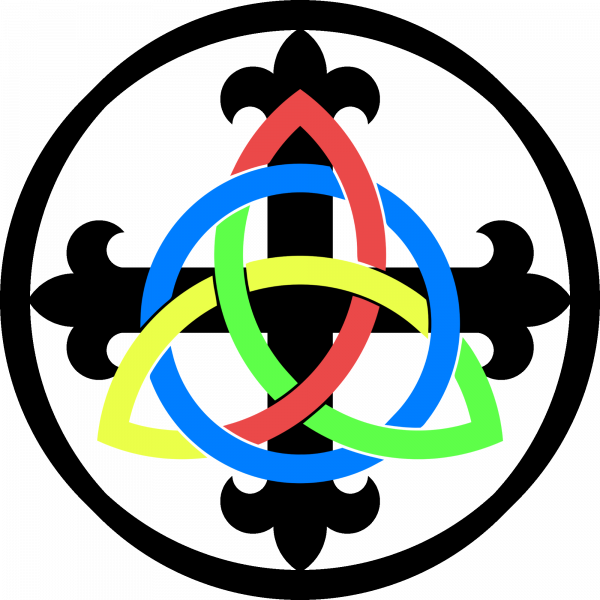 Evangeline Sutherland
Evangeline Sutherland is a transfeminine Oriental Orthodox Christian mystic, writer, and multimedia artist who makes mystical music for traumatised teens.
When ve's not working on vis music, ve likes reading and writing about topics ranging from theology to economics to physics to philosophy, listening to music, and contemplating the immortality of the crab.
Ve considers verself an okay pragmatist and a bad Marxist.

Friend me on FC2